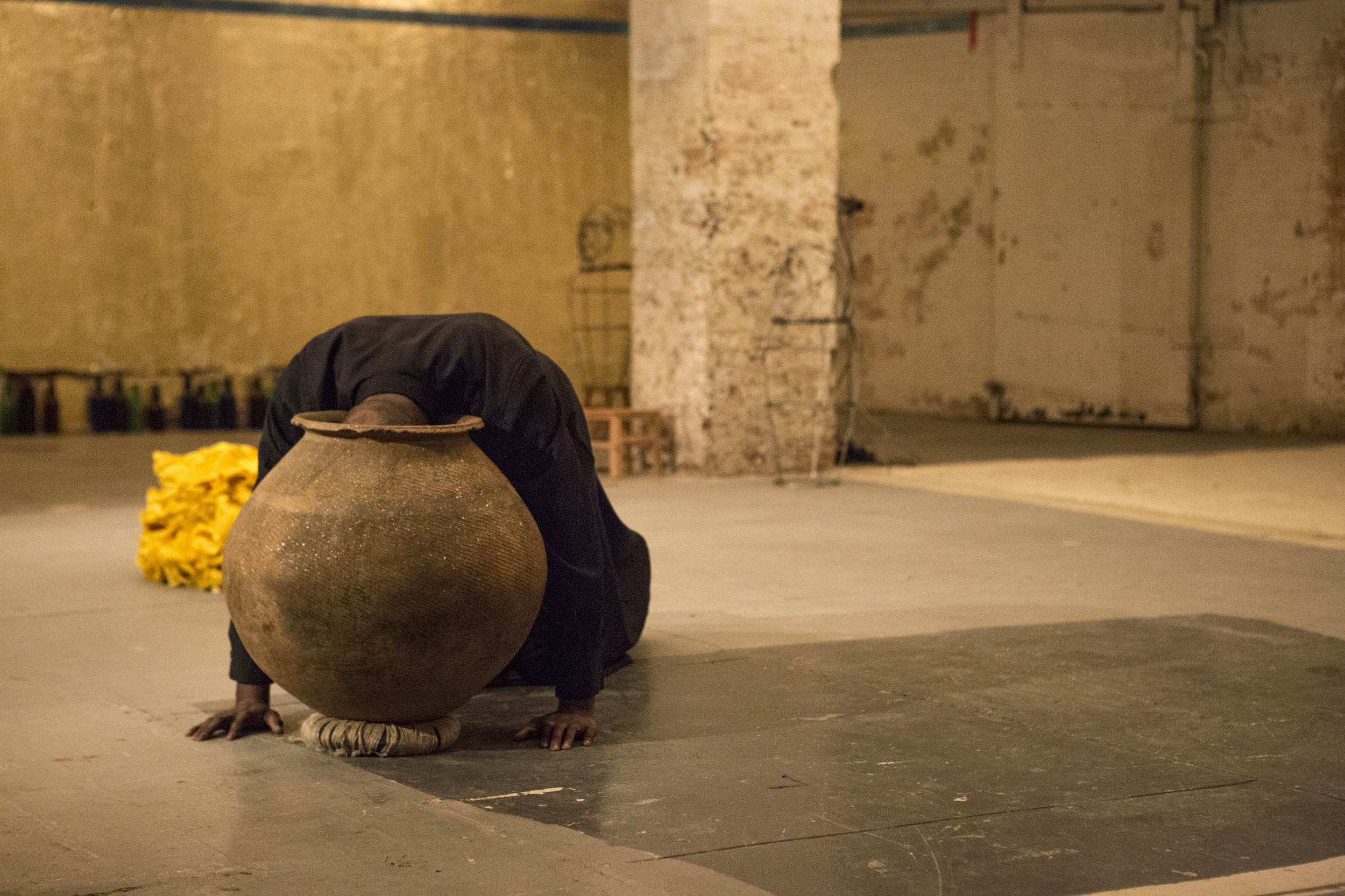 GO FORTH draws inspiration from the Egyptian Book of the Dead, a text originally intended to provide the deceased with a blueprint to the afterlife. Incorporating analog projections, singing, and dance, the work animates a series of burial vignettes. Excavating the 3,000-year-old series of spells and incantations, Schaal has created a new translation, focusing on the scroll’s central metaphor: the weighing of the heart. The audience enters through a photographic installation that provides an initiation into the mythological landscape of the work. The performance proposes burial not as erasure but as offering restitution and creating space for the presence of the absent, the longed for, and the imagined.